The Big Well project is located approximately 90km northeast of Leonora, and 95km northwest of Laverton. Access to the northern portions of the project area is via Leonora, travelling 70km north on the Leonora-Leinster sealed road to Bundarra, and then NNE for 20km to Sixteen Mile Well. The project area lies east of Sixteen Mile Well. The eastern and southern areas are accessed via the Leonora-Nambi road and then north or north west along local station tracks and fence lines into the project area. 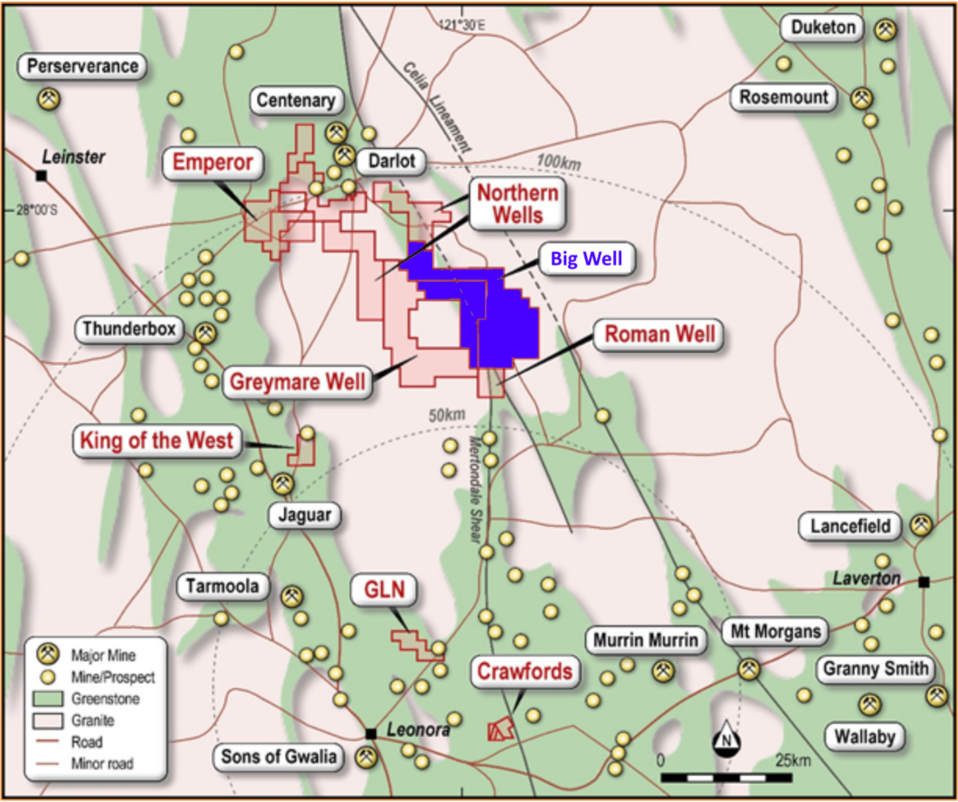 Location of the Big Well Project

​The Big Well Project lies in the Murrin sector between the Celia and Keith-Kilkenny tectonic lineaments. The area is interpreted to be internally complex. Geology at the 1:250,000 scale indicates that the area is predominantly biotite granite-adamellite although mafic and ultramafic intrusions occur to the south near Mt Redcliffe. Contact metamorphism is in evidence near granite boundaries.

The geology in general is poorly exposed with most of the project area covered with alluvium, colluvium, and Aeolian deposits. Geophysical interpretation suggests that much of the area is underlain by granite with potential greenstone inliers (either mafic or ultramafic). Reconnaissance drilling has confirmed gabbro and basalt in the northern portions of the project.
​ 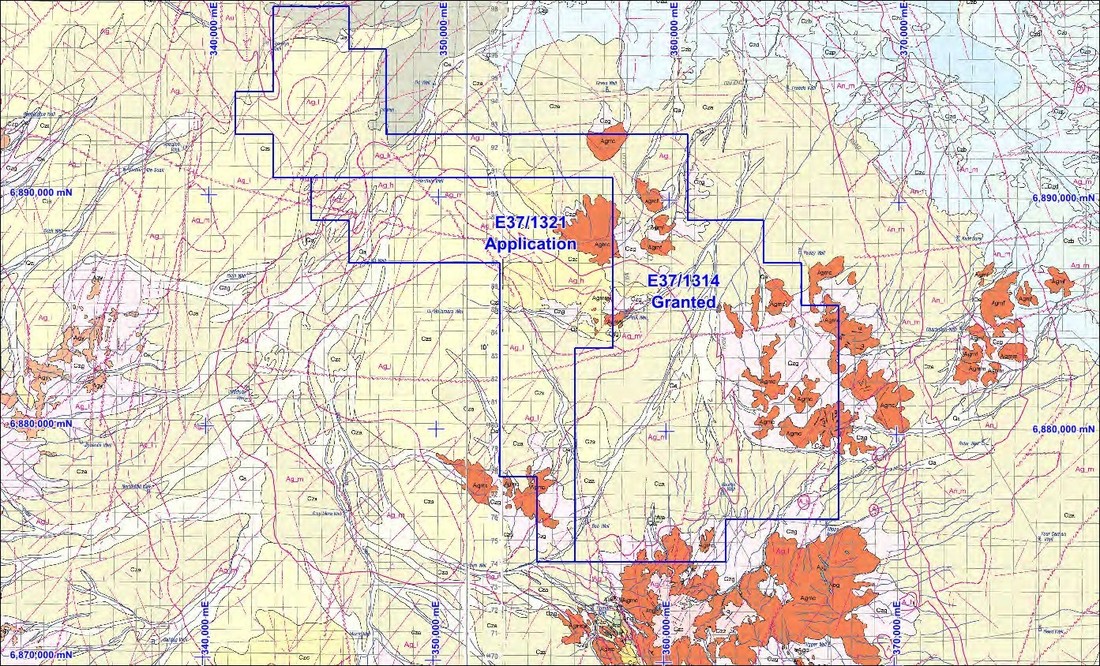