The Crawford project is comprised of a single mining lease (M37/1202) covering an area of 8.9 sq km, and three prospecting licences P37/8901  covering 2.0 sq km. The Gambier Lass North project area covers a single exploration license E37/0893 of 26.3 sq km.
​The regional centre of Leonora is located 260 km north of Kalgoorlie and is reached via the sealed Goldfields Highway. Leonora has a sealed airstrip and is serviced by regular flights to and from Perth.

In June - July 2017 a 23-hole RC drilling program was completed at the Crawfords Deposit for 2,032 metres. The aim was to confirm historical results by infill drilling and provide a first pass test of interpreted strike extensions to increase confidence in the mineralisation interpretation in certain areas. Based upon the results of this drilling, mineralisation remains open along strike and at depth, with a number of mineralised and anomalous intersections outside of the 2017 drilling area yet to be followed up.

The results were consolidated with results from historical drilling to provide a maiden Mineral Resource Estimate (MRE) as defined in the JORC Code for the Crawford Deposit. The modelling and estimation of the MRE was completed by Angora Resources Pty Ltd, an external and independent consultancy. The Mineral Resource estimate is shown in the table below and is classified as Inferred.
​ 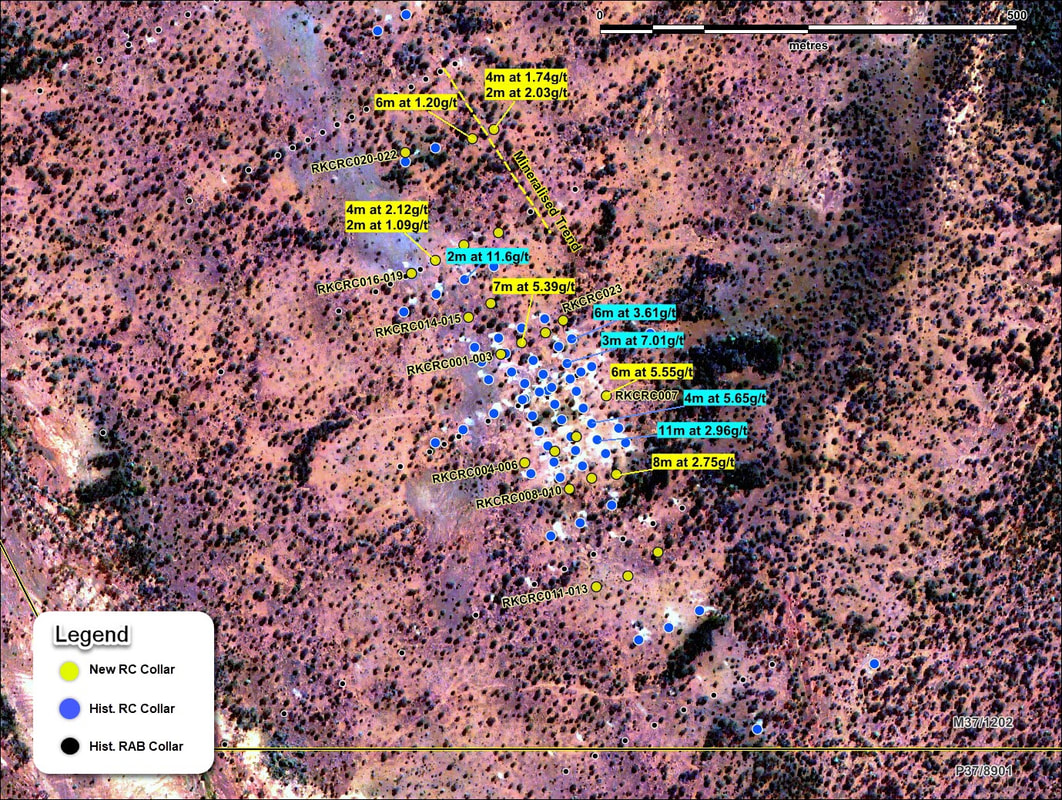