Menzies is one of Western Australia’s major historic gold fields. Located 130km north of the globally significant gold deposits of Kalgoorlie.
The Menzies Gold Project or MGP covers a contiguous land package over a strike length in excess of 15km. Within the MGP a series of structurally controlled high-grade gold deposits have been historically mined and display extensive exploration potential for high-grade extensions. Modern exploration since closure over 20 years ago has been limited. The MGP is hosted along the Menzies Shear Zone.

All deposits lie within granted Mining Leases and are 100% owned by KWR. 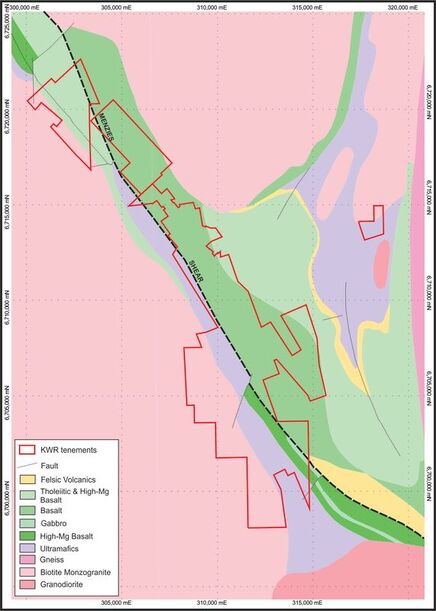 Menzies Geology map featuring KWR tenements
The Menzies Gold Project is located along the western margin of the Menzies greenstone belt and, apart from the Lady Irene prospect, within a broad (2km – 5km wide) zone of intense ductile deformation often referred to as the Menzies Shear Zone. This broad highly deformed shear zone is probably the northern continuation of the Bardoc Tectonic Zone and is a major crustal feature of the Eastern Goldfields. The gold deposits within the MGP and those further south (e.g. at Goongarrie and Bardoc) have many similar characteristics. The Lady Irene prospect is west of the Menzies Shear Zone and thus within the Ora Banda domain, in a similar geological setting to the Sand Queen Gold Mine at Comet Vale, south of Menzies.

Current resources as at March 2021 are shown in the tables below. 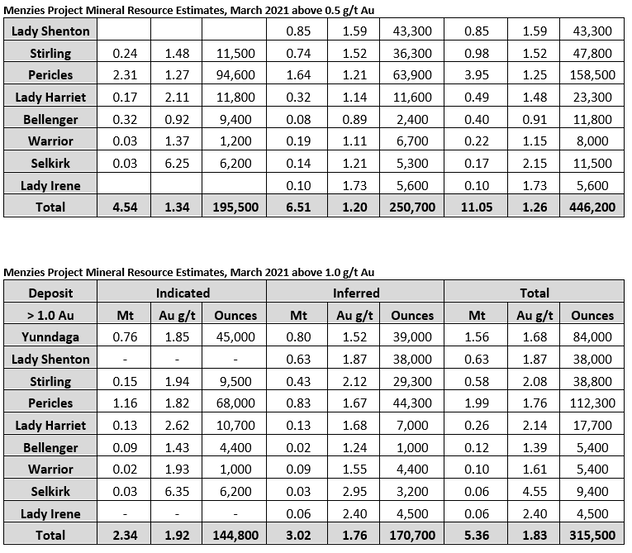