The Roman Well project is located approximately 55km northeast of the Leonora township. The tenements lie within the Nambi pastoral lease and access is via the Leonora-Nambi road and then local station tracks and fence lines and historic exploration tracks.
​​ 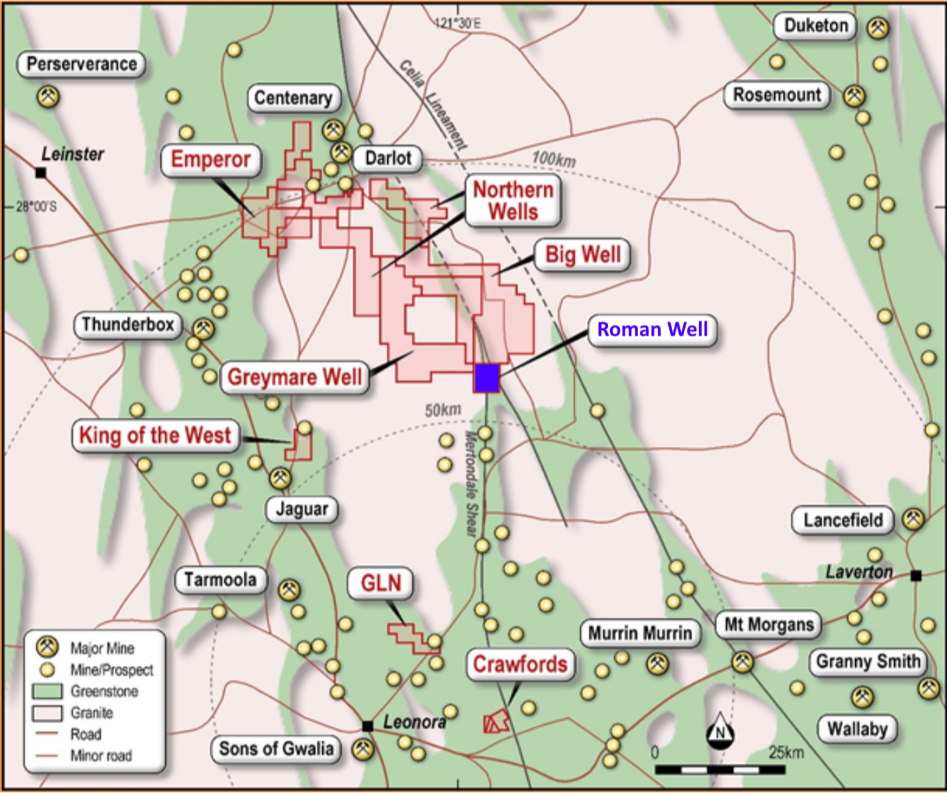 Location of the Roman Well Project

The Roman Well Project is situated at the very northern extent of the Mertondale shear zone which is a major north trending multiphase, brittle-ductile shear zone up to 500m in width. The shear zone represents a link structure between the regional Keith-Kilkenny and Celia tectonic lineaments in the Archaean Eastern Goldfields Province of Western Australia.

​Initial exploration on the Roman Well Project was completed by Cambridge Mining Services, Mining Project Investors and Aurora Gold. First pass surface geochemical surveys and geological reconnaissance trips were completed. Sons of Gwalia entered into a joint venture with Aurora over the project area and completed a detailed compilation of all previous work including geochemistry and geology. As a result, a high-quality outcrop map was created.